9:52 AM PT — Clemons has since claimed she was misquoted in our story in regards to her comments about DaBaby. We’ve included her full response here to show exactly what she said. 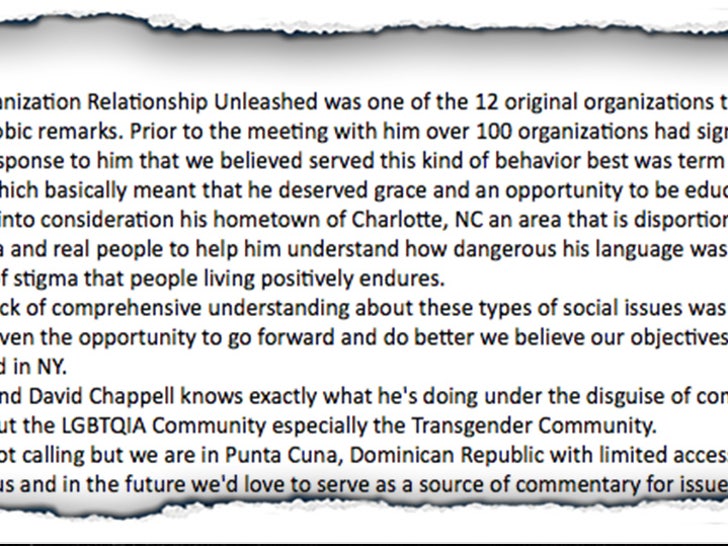 DaBaby is A-OK to hit live stages again, because he’s come a long way since his homophobic rants … so says one LGBTQ org which is OK with his performing, but NOT Dave Chappelle.

The CEO for Relationship Unleashed, Gwendolyn D. Clemons, tells TMZ … she and her cohorts at the nonprofit approve of DB’s appearance at Rolling Loud NY last week — and any future concerts — as they feel he’s learned a lot over the past few months.

Clemons says DaBaby met with them as well as 100+ other orgs that advocate for the LGBTQ community — and insists they got through to him on why his diatribe about AIDS was hurtful and harmful.

RU gave DB a history lesson of sorts and educated the guy … including how HIV/AIDS affects people in his native Charlotte, NC — something Clemons thinks resonated with DaBaby, whom she believes did not understand what he was saying.

Clemons says DaBaby was coming from a place of ignorance, but she says now he gets it …  and that’s why Relationship Unleashed can cosign his latest Rolling Loud cameo, and others to come.

Relationship Unleashed thinks Dave’s words from ‘The Closer’ are hate speech disguised as comedy … and he was gaslighting audiences into bigoted POVs. It’s interesting … Dave used DaBaby’s predicament to make one of his points.