Aishwarya Rai along with her husband Abhishek Bachchan and daughter Aaradhya returned from their mini vacation in the Maldives.

The actress was snapped at the airport by the paparazzi. She was seen holding her darling daughter’s hand as they made their way out of the airport.

Check out the pictures here: 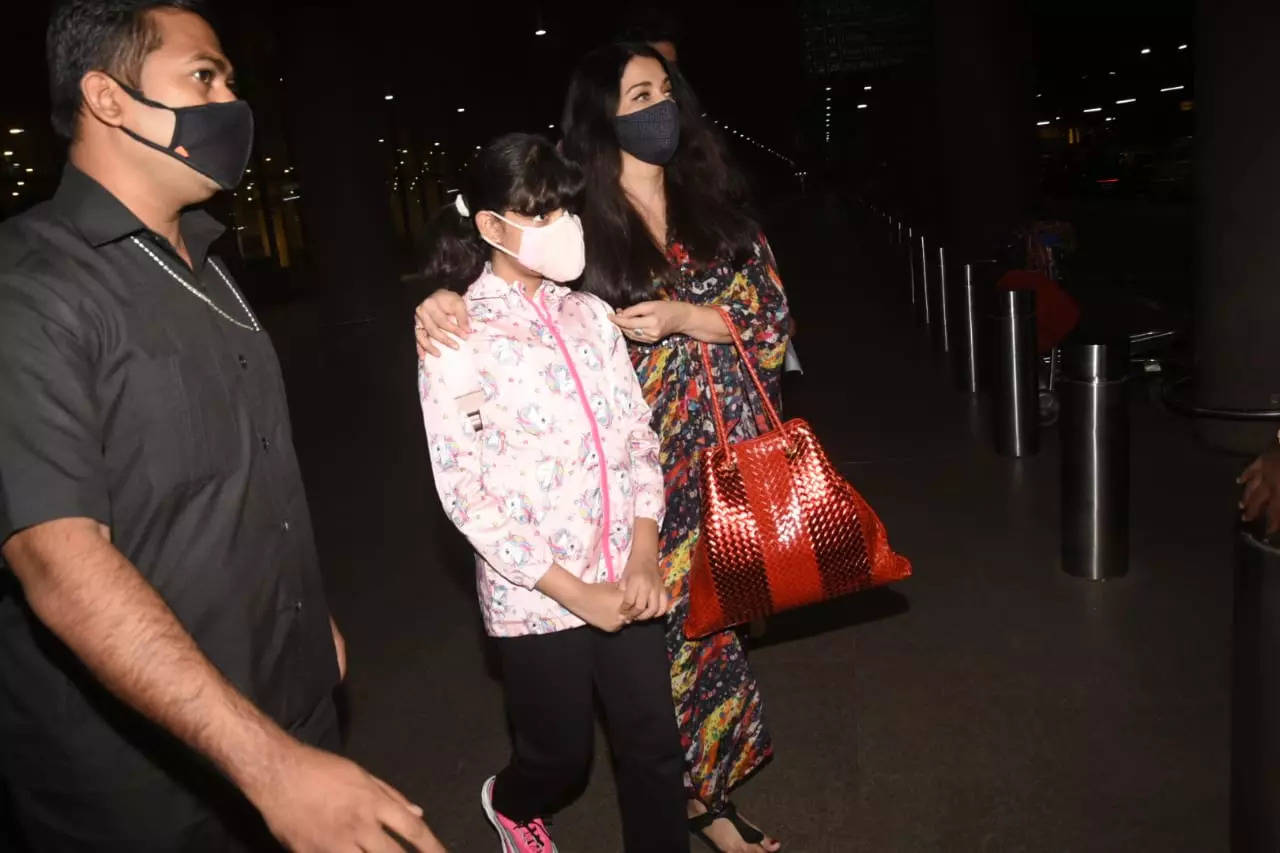 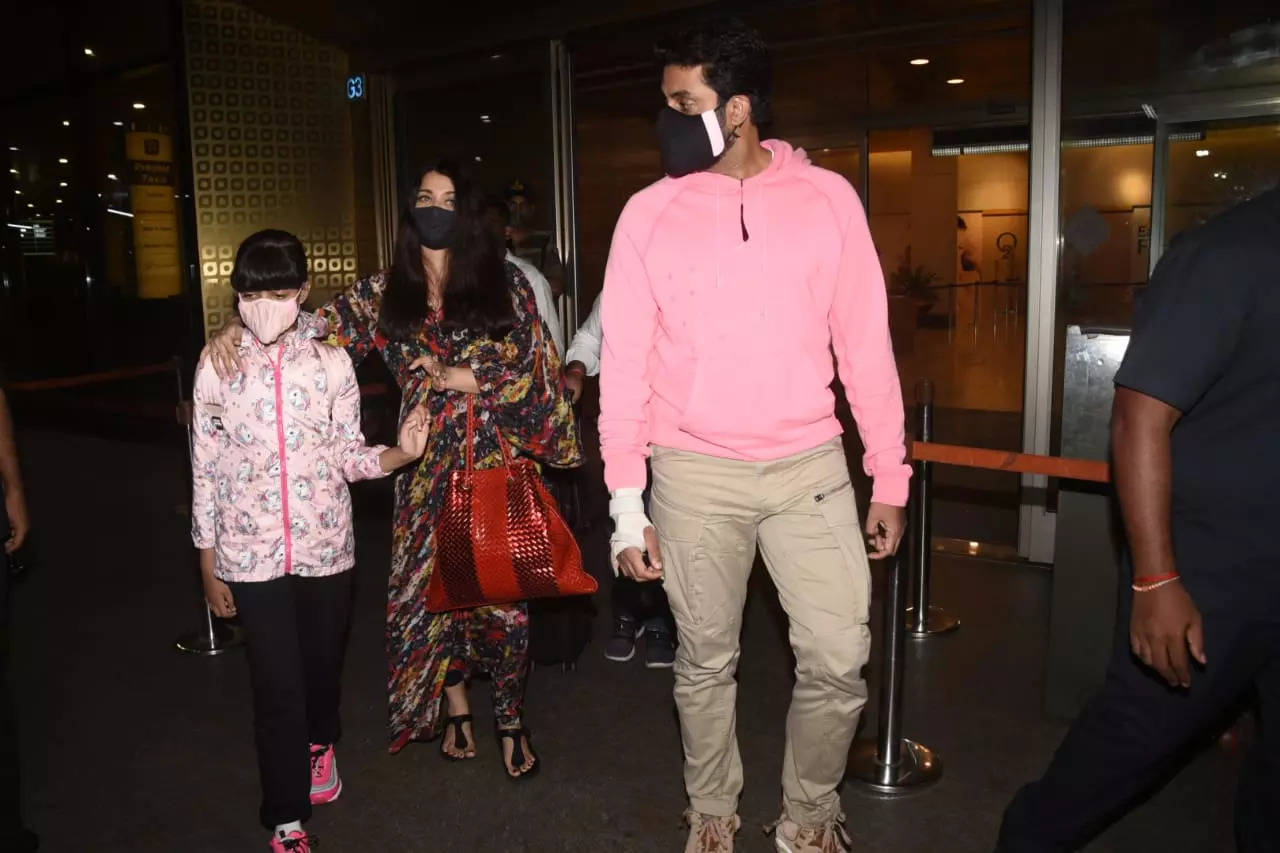 While Aishwarya looked stunning as ever in her multi-coloured printed outfit, Aaradhya looked pretty as a peach in her pink jacket, black pants and shoes. Abhishek, on the other hand, looked dashing as ever in his pink hoodie and beige pants.

Aishwarya treated herself to a tropical getaway with Abhishek and Aaradhya on her birthday recently. Abhishek had shared a gorgeous picture of his wifey from their vacation and captioned it, ‘Happy Birthday Wifey! Thank you for being, you. You complete us. We love you….’

Meanwhile, on the work front, she will next be seen reuniting with filmmaker Mani Ratnam in their upcoming film, ‘Ponniyin Selvan’. The actress will be seen playing a double role in the movie. The film is based on iconic writer Kalki Krishnamurthy’s historical fiction novel of the same name. Set in the backdrop of Chola Dynasty, the epic novel has been adapted for the big screen by Ratnam along with writer B. Jeyamohan, who has penned dialogues for the movie.

Abhishek, on the other hand, has films like, ‘Dasvi’ with Nimrat Kaur and Yami Gautam and ‘Bob Biswas’ co-starring Chitrangda Singh.

The CW Poll: Which 2 of These Shows Should Be Renewed for Next Season?

The CW Poll: Which 2 of These Shows Should...

D’Arcy Carden Is Eager to Welcome Her Action Star...

Pete Davidson Was Spotted With Chase Sui Wonders And...