Shahid Kapoor and Mira Rajput make one of the cutest couples in Bollywood today and for good reasons. Their stunning looks aside, the couple’s love and camaraderie are for all to see on their social media posts. From images of their exotic vacations to their adorable banter, fans of the couple are always in for a treat thanks to Shahid Kapoor and Mira Rajput’s Instagram presence. Now, the actor has managed to give his fans a laughing fit by sharing a photo questioning Mira on her choice of the number of pillows on their bed. Sharing a selfie, Shahid Kapoor shared a cheeky note that read, “Why do you like so many pillows on a bed, Mira. Why? Why?” 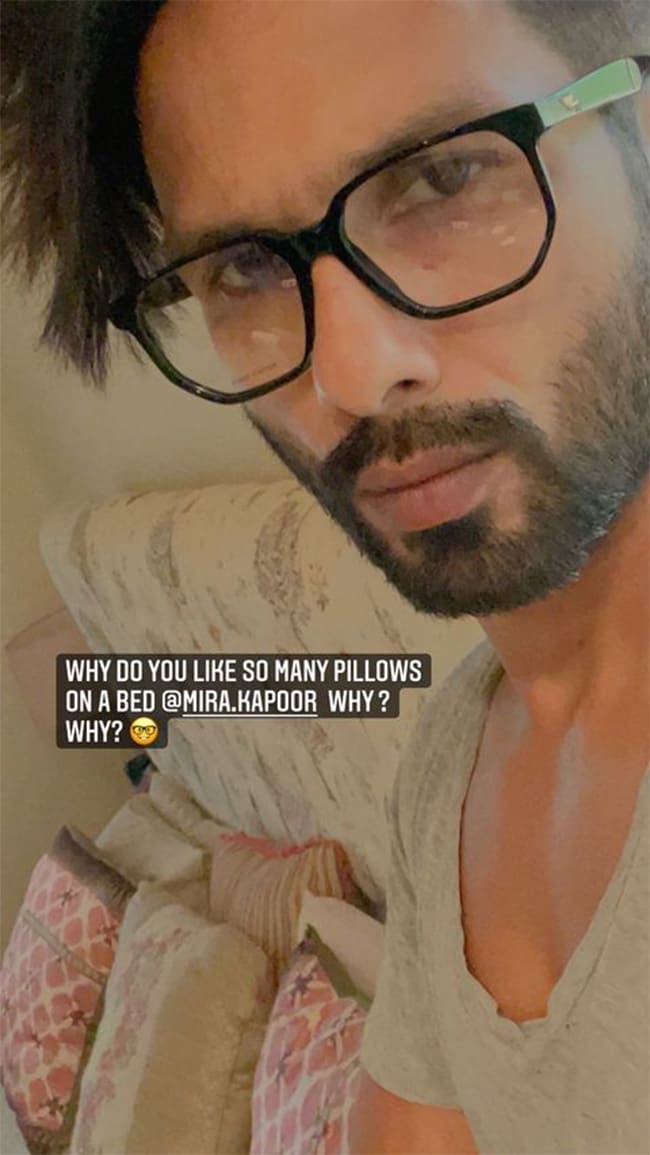 Mira Rajput was not one to back down either. The mother of two immediately reshared the Instagram Stories and added a rather threatening note. She said, “Buddy, you are landing yourself in deep trouble. That video will be up soon.” 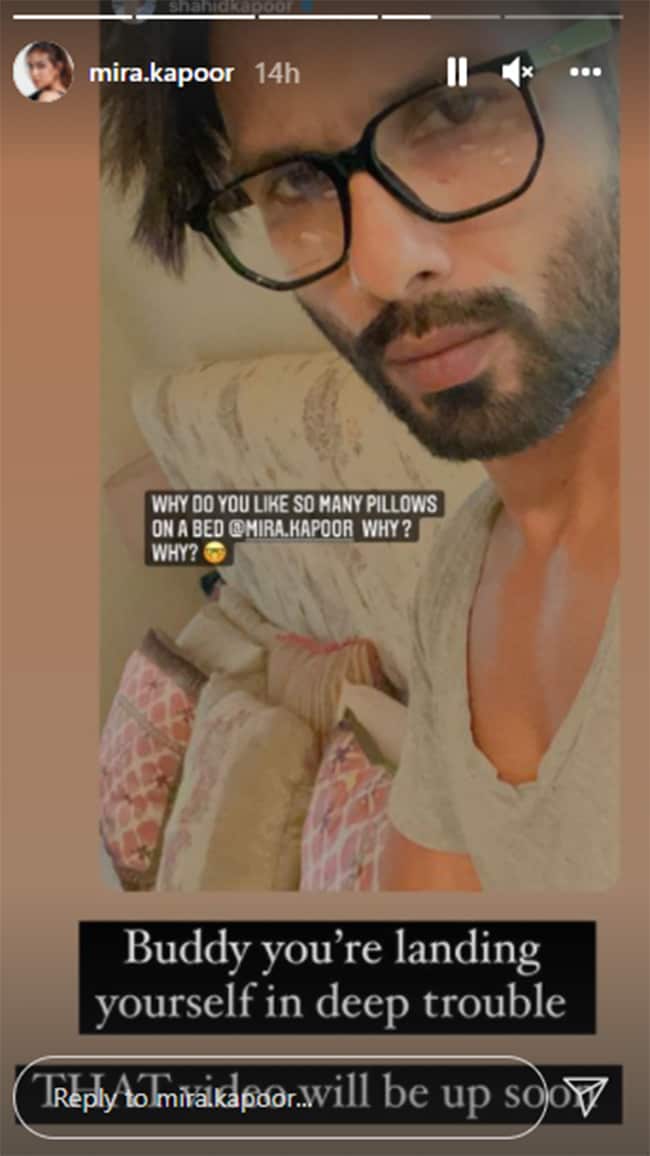 It looks like Shahid Kapoor is setting himself up for some trouble with the posts. And, this is not the first time Shahid has spread some cheer by teasing Mira Rajput online. A few days ago, the actor shared a video of Mira struggling to wear an outfit. The clip features Shahid smiling as he records Mira, who seems to have her head stuck inside the outfit. She finally unbuttons the dress and sticks her neck out only to catch her husband recording her.

The couple recently returned from a trip to the Maldives. Images and videos from the vacation shared by the two were lapped up by fans and followers in a jiffy.

Here are some of the posts shared by the couple from the Maldives.

Mira Rajput and Shahid Kapoor have been married since 2015. They have two children, Misha Kapoor and Zain Kapoor. On the work front, Shahid Kapoor was last seen in the hit film Kabir Singh. He will next feature in Jersey, a Hindi remake of the Telugu film by the same name.

Dear Abby: My family is using me for my money

Deepika Padukone Wished Sister Anisha On Her Birthday With...