Kajol Was Asked Why She Didn’t Wish Shah Rukh Khan On His Birthday. Her Reply

Kajol in a still from the video. (courtesy: kajol)

Kajol, in a chatty mood, engaged with fans in an Ask Me Anything Session on Instagram, where an Instagram user asked her why she didn’t wish her friend Shah Rukh Khan on his 56th birthday on Tuesday. “Why didn’t you wish SRK?” asked the fan. Kajol replied: “What more can I wish him? I think all his wishes came true when his son came back home.” Shah Rukh Khan and Gauri Khan’s son Aryan Khan, 23, was granted a bail last week by the Bombay High Court. Aryan Khan, with several other people, was arrested in a drugs case by the Narcotic Control Bureau (NCB) on October 2 after a raid on a cruise ship that was sailing off Mumbai’s coastline. 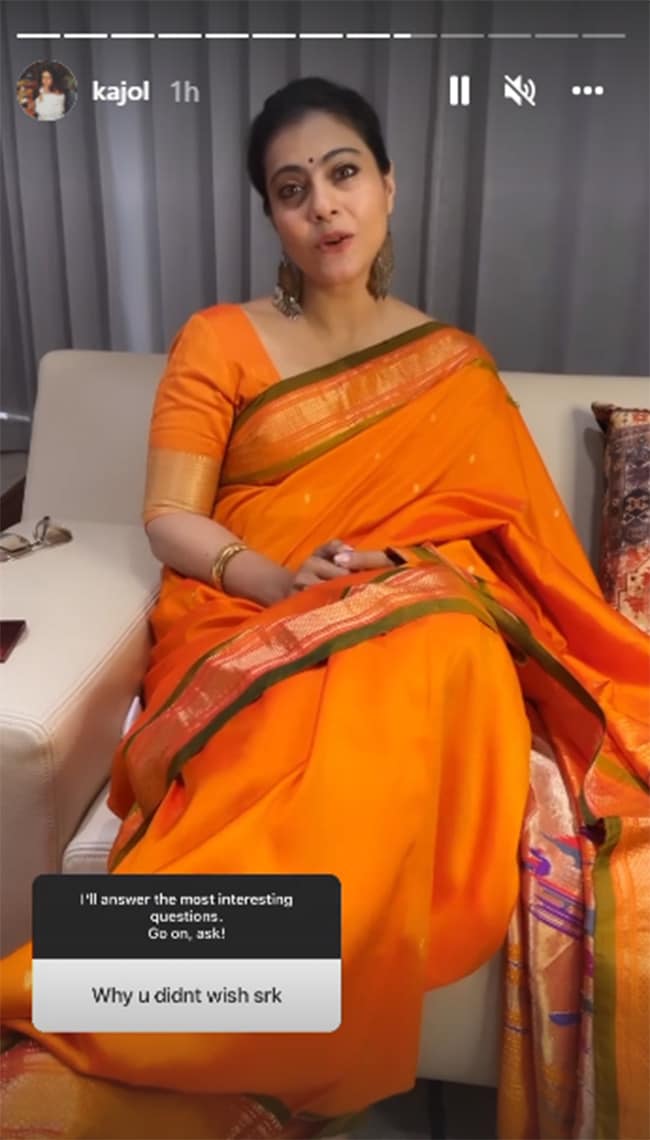 Shah Rukh Khan was last seen in 2018 film Zero, co-starring Anushka Sharma and Katrina Kaif. He will next be seen in his much-awaited film Pathan, alongside Deepika Padukone. He has also co-produced Alia Bhatt’s Darlings, which marks her debut as a film producer. He has also backed the standalone film on Bob Biswas, featuring Abhishek Bachchan.

Kajol  was last seen in the Netflix film Tribhanga, which marked her digital debut. Produced by Ajay Devgn, Tribhanga was directed by Renuka Sahane and it also starred Tanvi Azmi and Mithila Palkar. She also starred in the short film Devi last year. Kajol will next be seen in The Last Hurrah, a film directed by Revathi. “So happy to announce my next film with the super awesome Revathi,” Kajol wrote in a post.

Box Office: ‘Avatar: The Way of Water’ Staying Afloat at No. 1 in Seventh Weekend of Release

‘Avatar: The Way Of Water’ Moves Up To No. 4 Biggest Movie Ever Global, Leaving ‘Force Awakens’ In Its Wake