Diwali 2021: Here’s How Ram Charan and Allu Arjun Celebrated The Festival Of Lights With Family

Actress-producer Niharika Konidela shared one more photo from their Diwali party and wrote: “Happy Diwali!” She looks gorgeous in a red dress in the picture. Take a look: 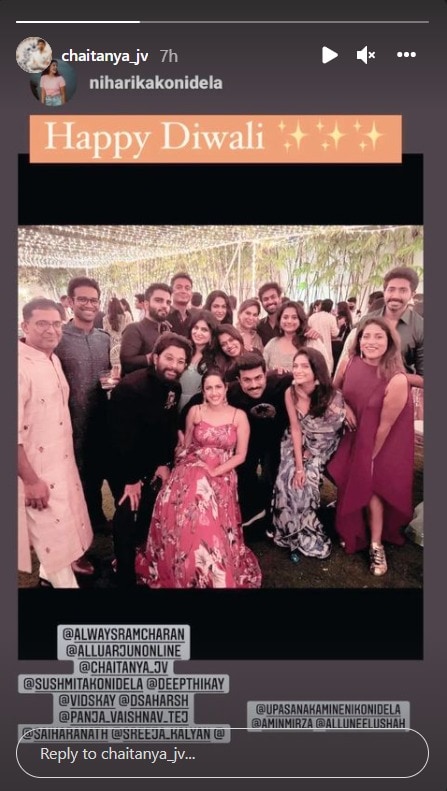 Ram Charan is the son of actor Chiranjeevi. Allu Arjun and Allu Sirish are the sons of Chiranjeevi’s brother-in-law and producer Allu Aravind.

Ram Charan will next be seen in SS Rajamouli’s RRR. The cast of RRR is also headlined by Junior NTR. The SS Raajamouli-directed film also stars Ajay Devgn and Alia Bhatt and is slated to arrive in theatres in October this year.

The actor’s next film is Pushpa.