Henry Ruggs sat on a sidewalk just feet away from the Toyota engulfed in flames — which killed a woman and her dog — and he and his girlfriend swore and sobbed … in this new video, obtained by TMZ Sports.

Just seconds after the former Raiders star slammed his Corvette into the back of a Rav4 at around 3:40 AM in Las Vegas … footage shows Ruggs and Kiara Washington locked in a hug on the ground. In the clip, you can hear parts of their emotional conversation.

The woman holding Ruggs then was sent into a panic — as Ruggs appeared to drift in and out of consciousness in her arms.

“Can we get help?!?” the woman yelled. “Can you please help him!?!” He is knocked unconscious!”

Ruggs then seemed to come to — and you can hear in the video, he began crying and sobbing as his girlfriend still held his head. 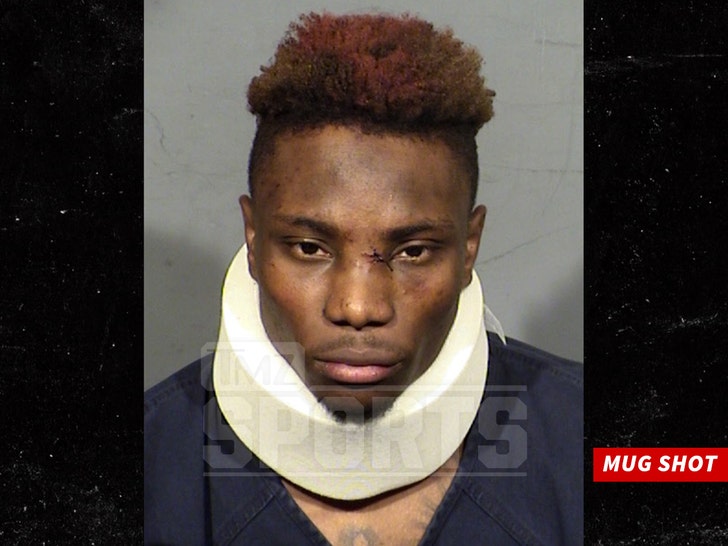 As we previously reported, cops say Ruggs showed signs of impairment at the scene when they interrogated him — and, after being checked out at a local hospital, he was arrested and booked on charges of DUI and reckless driving.

In police documents, cops say he was going 156 MPH just before the crash … and ultimately hit the Toyota at 127 MPH. Prosecutors later said bloodwork showed he had a BAC of .161 — more than two times the legal limit of .08.

They added the 22-year-old also had a gun in the Corvette.

Ruggs — who was released by the Raiders after the wreck — showed up for a hearing on the matter in court on Wednesday in a neck brace and a wheelchair … and later posted $150,000 bond.

He’s due back in court next week.