Just a day left for Sooryavanshi to release but the issues still remain unsolved; ANGER builds up among exhibitors and moviegoers : Bollywood News – Bollywood Hungama


Bollywood Hungama was the first one to report on Monday, November 1, that the advance booking of Sooryavanshi and Eternals has not opened in multiplex chains like Inox, PVR and Cinepolis. This is because the multiplex owners and the studios backing these two films are not able to reach on a common ground on issues like revenue and show sharing. However, the mood was unfazed. After all, everyone expected that these issues will crop up. But at the same time, it was also expected that it would be resolved by the afternoon of Tuesday, November 2. The advance booking was also supposed to start in these multiplexes from Tuesday evening.

Shockingly, it’s Thursday morning right now and the issues still remain unsolved. A source informed Bollywood Hungama, “The trade and exhibition sector is already frustrated and are hoping that a consensus is met. But the theatre owners don’t want to accept the terms laid down by Sooryavanshi makers with regards to 60% revenue sharing in Week 1. They fear it can set a precedent and the producers of the upcoming films might also demand the same terms.”

Explaining what the exhibitors demand, the source revealed, “A lot of options have been laid out like 55% revenue share, 52.5% revenue share etc in Week 1. And that’s just one part of the problem. The other problem is with regards to the division of shows between Sooryavanshi and Eternals. Sooryavanshi makers are asking for maximum shows for their film. In some cases, they have asked one or two-screen cinemas to not play a single show on Eternals and that all shows should be allotted to Sooryavanshi. Eternals also has considerable hype and the advance ticket sales in the IMAX and 4DX screens have been tremendous. So the exhibitors would want to have some shows of Eternals but they are not being allowed to do so. In the process, they fear hurting Disney, which has an enviable slate of films in 2022.”

At present, the single-screens and multiplex chains like Carnival, Movie Time, Wave, Maxus, Gold, Mukta, etc have opened up the bookings of Sooryavanshi. As for Eternals, those multiplexes having IMAX, 4DX etc have commenced selling tickets as Sooryavanshi makers are not looking at releasing their film in these formats. The source said, “The advance has been very encouraging for both the films in several centres. But there’s a lot more potential and both films can have huge openings if all screens start the advance sales.” 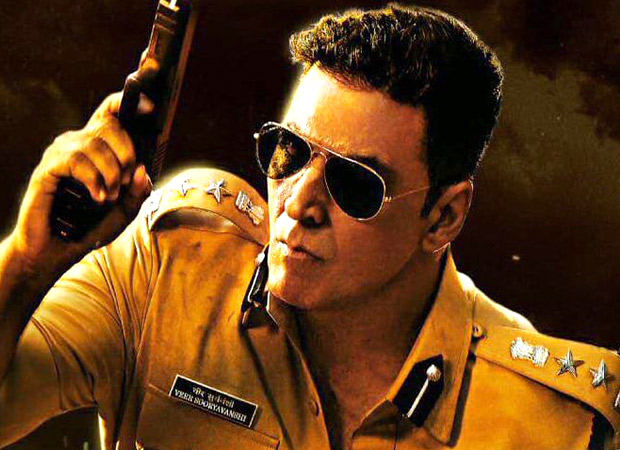 The exhibitors meanwhile are saddened and angry with the state of affairs. An exhibitor said, “We were hoping that we would start Sooryavanshi’s booking way in advance and on Diwali day, we’ll celebrate with gusto. Sadly, Diwali day is here and our bookings still haven’t begun. After ages, so many moviegoers have come to our cinemas and are calling us and asking about booking tickets of Sooryavanshi and Eternals. It is heartbreaking to tell them that we haven’t started selling tickets. Also, this issue is such that a layman won’t understand. So we don’t know what to tell them when they ask us why they can’t get a ticket.”

On social media, fans of these films are already making their displeasure clear. The exhibitor continued, “People are dying to watch Sooryavanshi. We understand and appreciate that the producers of the film waited for 19 months and didn’t release it online. But the exhibition sector has also suffered. We hope and pray that the issue is resolved immediately. The booking has to start today. Or else, it’ll affect all parties involved.”

As per sources, another round of meeting will take place this morning between multiplexes and producers. Watch this space to find out the outcome of this discussion.