More troubling news for the Las Vegas Raiders … former 1st-round pick Damon Arnette is now being accused of injuring a woman in a violent car crash last year, but the CB is vowing to fight the allegations.

It’s all spelled out in a new lawsuit, obtained by TMZ Sports, in which a woman says on Oct. 14, 2020 … Arnette slammed into her car with his vehicle at around 7:29 AM in Las Vegas.

The woman says in the docs that Arnette — who was taken by Vegas 7 picks after the Raiders took Henry Ruggs in April 2020’s NFL Draft — thought he had missed his turn into the Raiders’ facility, so he swerved at around 65 MPH in order to still make the right. 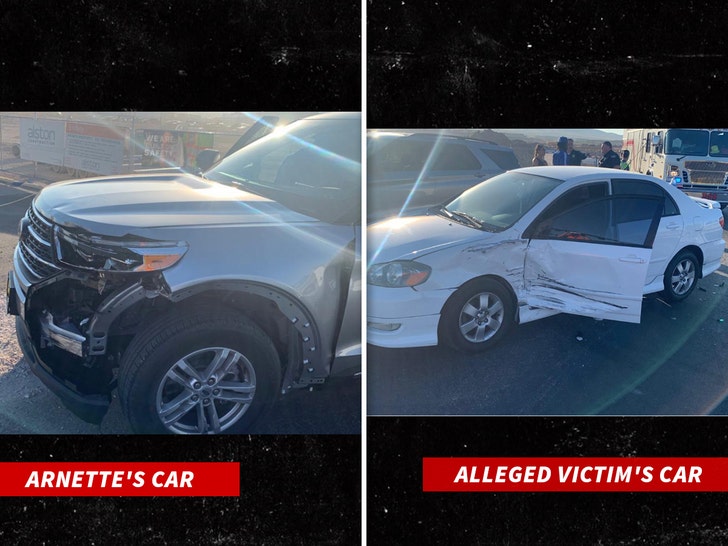 What’s worse … the woman claims Arnette “illegally left the scene of the crash” afterward and headed toward the Raiders’ headquarters just feet away.

The woman in the docs says she suffered several injuries in the accident — including head trauma, and is now dealing with shoulder, neck and back pain as well as depression and panic attacks.

She says she suffered damages exceeding $92,000.

Police records show Arnette was actually cited for the crash … and in an incident report we obtained, cops say he did admit to making the unsafe right turn and crashing, but said he stayed long enough to render aid to the woman.

In the police documents, Arnette said he only left “because he was running late to a meeting at work” … but had a friend stay at the scene to provide his contact information to authorities.

Cops claim the friend did not provide Arnette’s info — and actually tried to take the fall for the NFL player … but cops were ultimately able to get to the bottom of it after locating Arnette at the Raiders’ facility.

Damon Arnette is going to be a PROBLEM 😈🌰 #BIA pic.twitter.com/cE1dGeDJ6v

Arnette — who has played sparingly for the Raiders this season despite being such a high draft pick last year — was cited for failure to maintain travel lane as well as duty to stop a property damage accident.

As for Damon’s side, his attorney Richard Schonfeld tells us … “Mr. Arnette denies the allegations in the complaint and looks forward to addressing these claims through the court process.”

Of course, this is the latest in a long line of off-field issues for the Raiders this season … who have had a tumultuous last few weeks with Jon Gruden‘s email scandal and Henry Ruggs’ tragic car crash.

Charmed Star Recalls Cancer Scare That Bonded the Cast in Season 1: ‘No One Has Any Idea How Close We Were’

‘Never Let Me Go’ Series Not Moving Forward at...