To Birthday Girl Khushi Kapoor, With Love From Cousin Shanaya

Celebrations are far from over for film producer Boney Kapoor’s and family. Khushi Kapoor, the youngest daughter of Boney Kapoor and late actress Sridevi, turns a year older today. And, the 21-year-old is receiving lots of love on her birthday. Shanaya Kapoor, daughter of actor Sanjay Kapoor, has dropped an adorable photo of the two in order to wish Khushi on her special day. Shanaya has shared a black and white photo featuring the two. She wrote “sister” with a red heart emoji. She also mentioned “21” to denote Khushi’s 21st birthday. 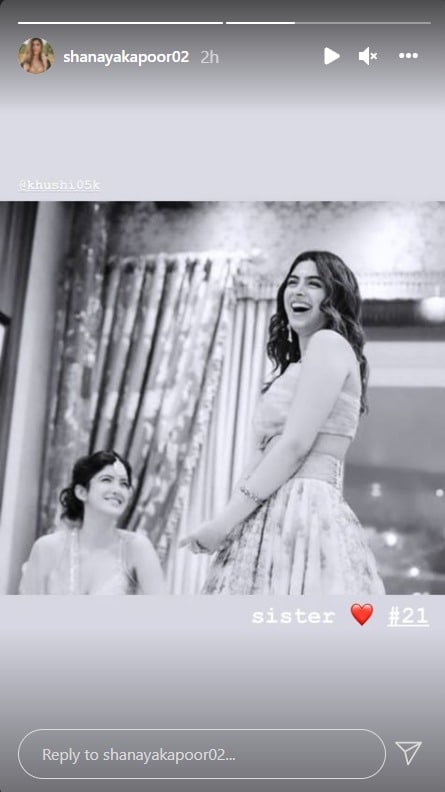 Anshula Kapoor has also posted many family postcards from last night’s get together. There we see Khushi Kapoor having a nice time with the Kapoor clan.

And, finally, we have the statement picture from Khushi Kapoor’s birthday. Here, she is blowing out the candles on a delicious chocolate cake. We see other family members surrounding her while she leans over her birthday cake. The picture was shared by Rhea Kapoor on Instagram Stories. 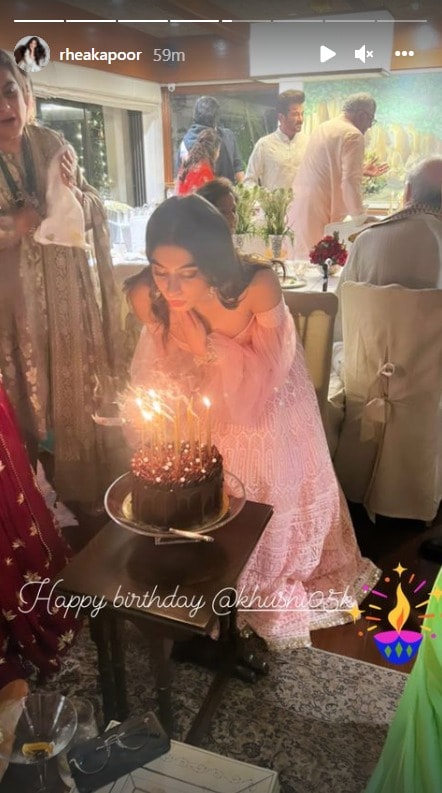 Janhvi Kapoor came up with an adorable post for her little sister. The actress has shared some lovely moments with Khushi Kapoor and their father Boney Kapoor.  The joy on their faces radiates their happy vibes to us. Janhvi just dropped a red heart in the reply box and allowed the pictures to do all the talking. Fair, enough.

Khushi Kapoor herself is spreading good vibes on her birthday. She posted two photos on Instagram where she is seen wearing her Diwali outfit with a bright smile. No one needs words when their smiles can say so much. All she wrote in the caption is “21” along with white heart and diya emojis. Shanaya Kapoor dropped red hearts on this post.

Wishing Khushi Kapoor a happy birthday and lots of fun.

Riverdale: 12 Things We Need to See Happen Before the Final Season Ends