Weekend predictions: moviegoers spoilt for choice this weekend – The Numbers


After four straight weekends with a movie opening to over $40 million, the market is taking a bit of a breather this weekend, at least in the sense of there being a “must see” film for general audiences. However, with no less than six films either opening or expanding wide, the number of options available to moviegoers is the largest its been in a long while. Our model thinks three new releases and the one wide expansion will land in the top ten, but Dune is the overwhelming favorite to win the weekend, even if it does fall fairly sharply from its $41-million opening. 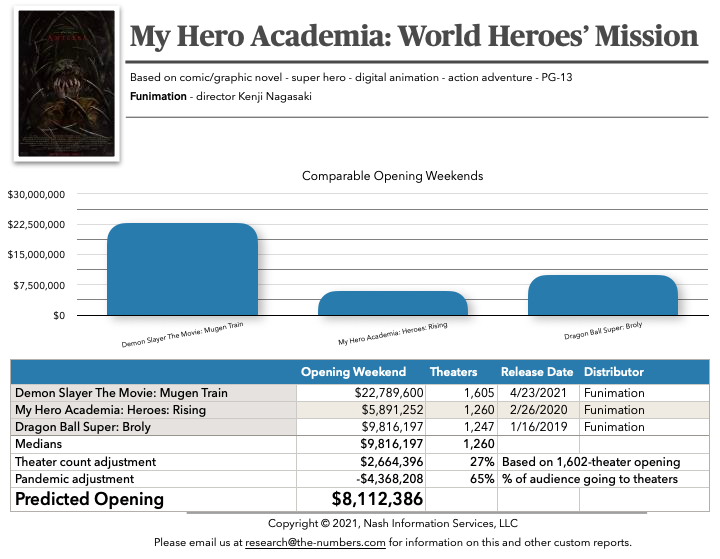 My Hero Academia: World Heroes’ Mission is a tough film to predict, although we are at least at the point where we have three previous Funimation wide releases to compare it against. Demon Slayer The Movie: Mugen Train smashed expectations back in April with a $22.8-million weekend, so it’s not out of the question for My Hero Academia to top the chart this week. The model thinks $8.1 million is what we should expect though. That still puts the film somewhere around fourth place, and ahead of the other wide releases. 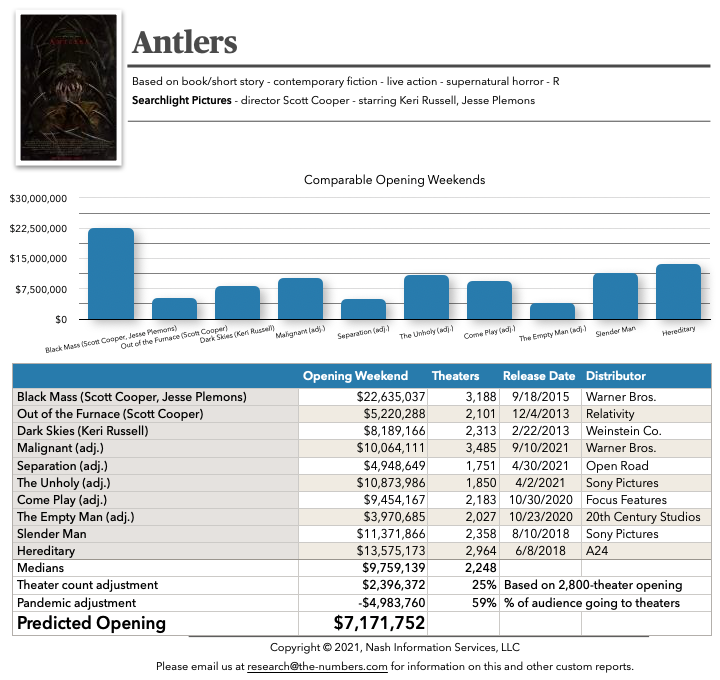 Antlers is looking to cash in on Halloween this weekend, but has quite a bit of competition, most notably from Halloween Kills. Horror movies like this usually land around $10 million on opening weekend. After adjusting for a fairly high theater count and the relative popularity of horror movies at the moment, the model thinks it’ll land around $7.2 million. 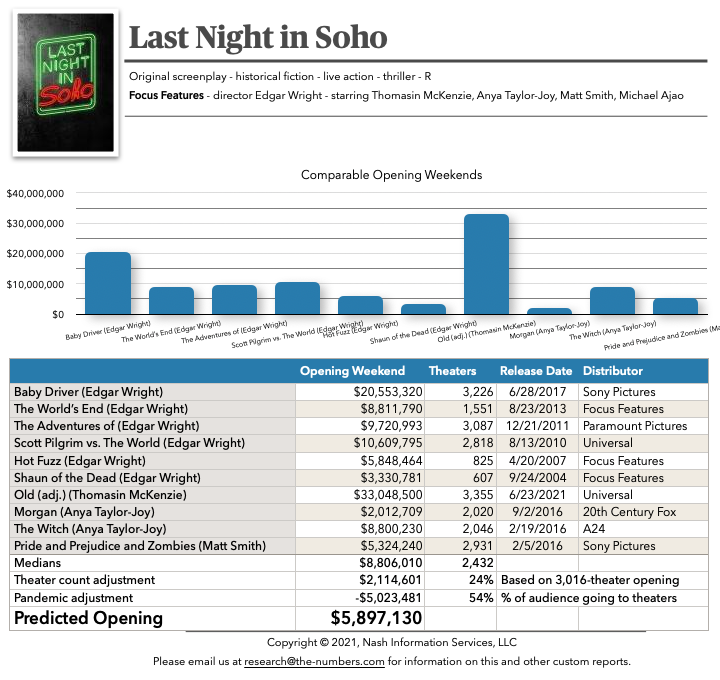 The model’s prediction for Last Night in Soho feels a little low to me, but Edgar Wright’s track record is for openings around $10 million, with 2017’s Baby Driver easily his best debut at $20.6 million. Anya Taylor-Joy might be a wildcard here. She’s definitely increased her profile since 2016, when she starred in Morgan and The Witch. Could she bring in a two or three extra million dollars this time, and make Last Night in Soho the top-performing new release?

Last Night in Soho will have competition from The French Dispatch, which expands to 788 theaters, and also arguably from No Time to Die, which is still playing in 3,507 theaters this weekend. That perhaps makes $5.9 million a reasonable bet, but I think it could go higher. 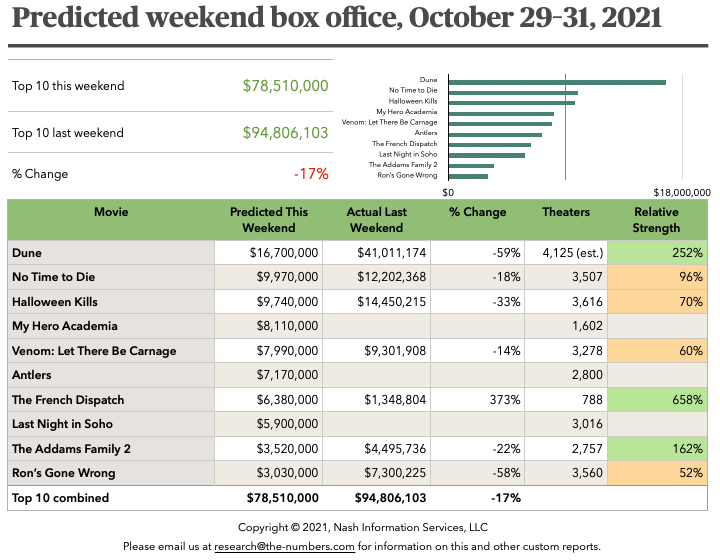 With the three new wide releases clustering in the $5-million to $10-million weekend range, and the model thinking The French Dispatch will land somewhere in their too, we’re looking a very crowded top ten this weekend. The order of the films from 2 to 8 could be quite different from what’s shown above, just because all the films are so close together.

What’s more certain is that Dune will remain the number one movie this weekend, even if it falls more steeply than the model’s prediction. We’re also virtually guaranteed a down weekend at the box office, with the top ten pulling in something around $80 million.

For all that, this is really a weekend where there’s something new for almost every movie fan, which is has to be good for the health of the market as we go into November.

New Trailers: The Boogeyman, Shazam! Fury of the Gods,...

AMC to Step Back from Managing and Investment Roles...