Today, Soha Ali Khan and Kunal Kemmu are celebrating their 7th wedding anniversary. They both wished each other with mushy notes and candid photos. And now, Kareena Kapoor has also wished Soha Ali Khan and Kunal Kemmu. She shared a throwback photo from Soha and Kunal’s wedding and atop it, Kareena Kapoor wrote, “Happy anniversary my lovelies,” followed by a red heart emoji. Kareena also tagged Soha and Kunal, “@sakpataudi @kunalkemmu.” Kunal Kemmu and Soha Ali Khan got married on January 25, 2015, in Mumbai. It was a private ceremony and only close family members and friends were a part of the wedding. Neha Dhupia and Konkona Sen were also a part of the wedding. 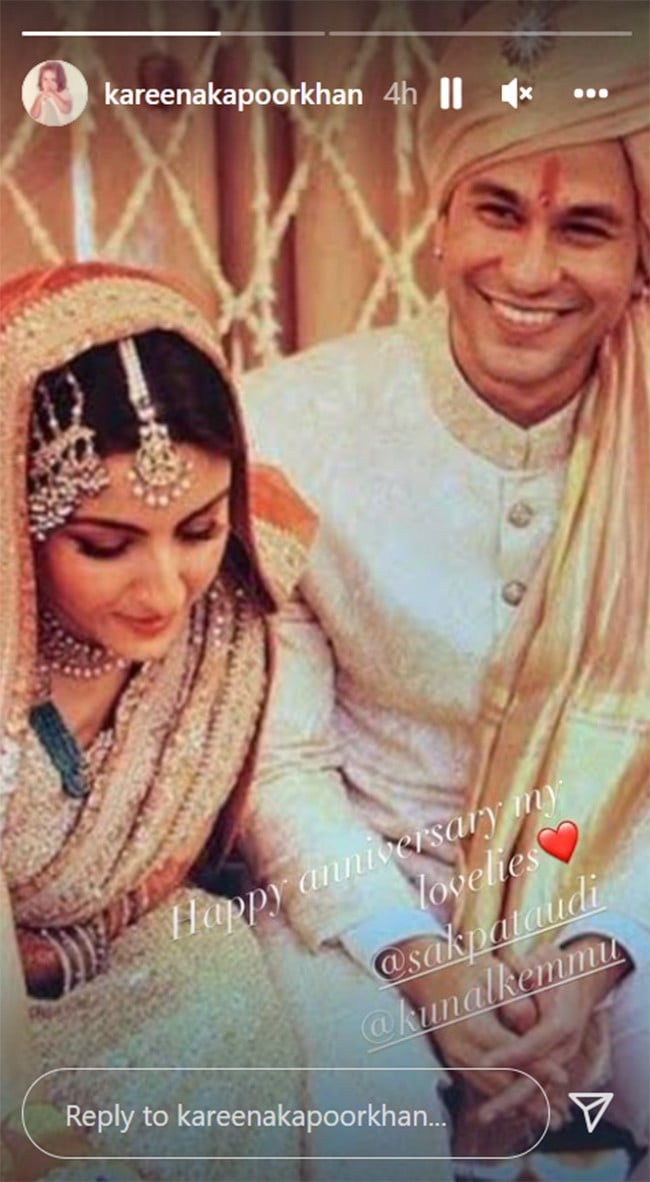 For the wedding, Soha Ali Khan had chosen an off-white lehenga that she had paired with an orange dupatta. Kunal Kemmu had gone for a white and gold sherwani and a silk safa.