On Arjun Kapoor’s Birthday, Here’s How Anushka Sharma, Katrina Kaif, Vicky Kaushal And Others Wished Him

Happy birthday, Arjun Kapoor. The actor celebrates his 37th birthday today and wishes are pouring in from all quarters. In addition to his numerous fans, friends and family of the actor also showered him with love and blessings on the special day. On top of the list is a special note and an adorable photo shared by Arjun Kapoor’s girlfriend, model-actress Malaika Arora. In the image, Arjun Kapoor is seen smiling with his eyes closed, as one would do while making a wish. In the caption, Malaika said, “Make a wish my love. May all ur wishes and dreams come true. Happy birthday, Arjun Kapoor.” For the unversed, the couple is celebrating the special day in Paris.

Replying to the post, Chunky Pandey, Seema Sajdeh, Huma Qureshi and Karisma Kapoor wished Arjun Kapoor in the comments section. Moreover, actress Shenaz Treasury said, “Happy Birthday Arjun! From the little I know you- I take away that you are funny, a dedicated boyfriend, fun and a loyal boyfriend. Cheers to more men like you.”

Arjun Kapoor’s father, producer Boney Kapoor dropped two pictures – one old and the other new. With the first throwback image, the doting father said, “Dancing to celebrate his 7th birthday.” In the next picture, he said, “Today celebrating his 37th birthday.” 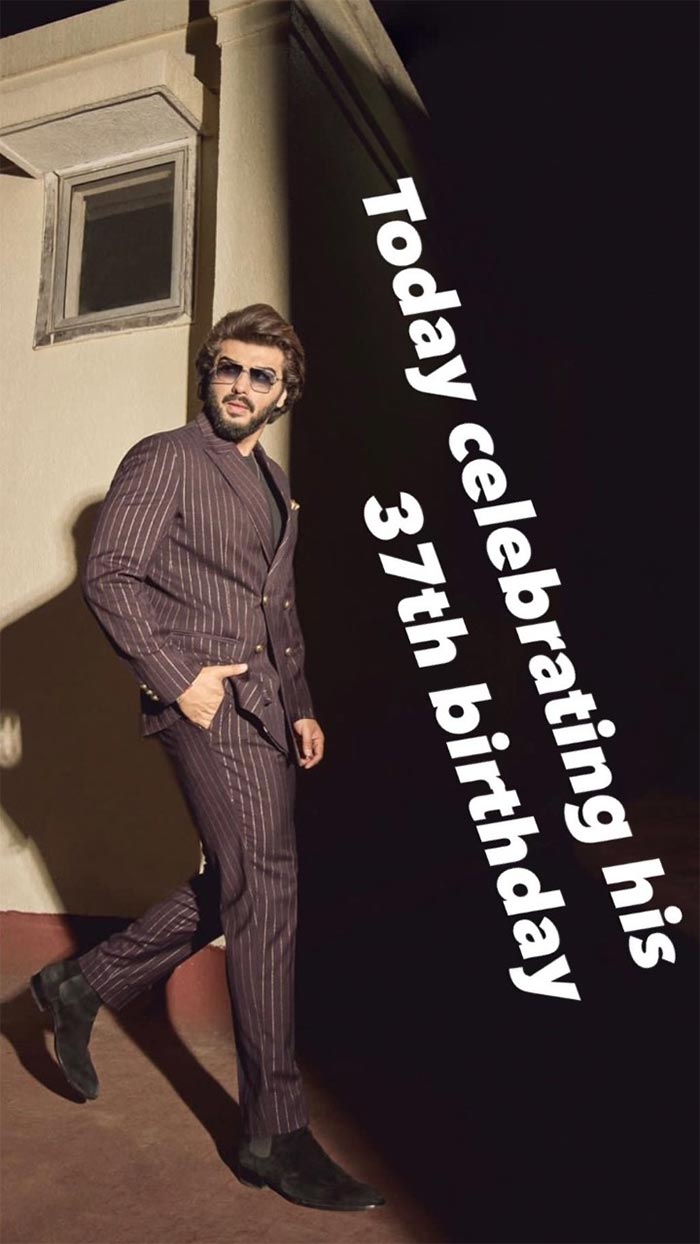 Arjun Kapoor’s sister, Anshula Kapoor also shared a series of throwback images of her brother. She attached the images to a long note and said, “Happy birthday to my number one human in the entire universe. Arjun Kapoor, you show me everyday what it feels like to be surrounded by a forcefield of unconditional love. You make my life a million times better by just being you. You have this innate ability to make the Sun shine somehow even when it feels like there is no sun at all…”

Speaking about their late mother Mona Kapoor, Anshula added, ” I wish mom were here to see the man you’ve grown into. You’ve done her proud.. And I know that wherever she is, she’s looking at you with all her love. I love you. I’ve got your back. Always.”

Next on the list is Arjun Kapoor’s cousin Sonam Kapoor, who also celebrated her birthday recently. Sharing a bunch of images with her brother, Sonam said, “Happy happy birthday Arjun Kapoor. 15 days apart in birthdays So we’ve grown up hand in hand from childhood to adulthood. Love you brother. May you flourish and prosper because you deserve it all.”

Janhvi Kapoor shared a photo with her brother Arjun Kapoor on Instagram Stories and said, “The actress shared a picture and wrote a sweet note that read,  Happy Birthday to my most wise and strong and witty brother who can put a smile on anyone’s face. My brother still gets so happy when I say that. This year is yours. You’ve worked so hard and risen above every obstacle that’s tried to keep you down with such grace and humility. I learn from you all the time. Not just when I make my “My mind is friend I need advice” calls. Thank you for having my back and always keeping it real. I love you!!” 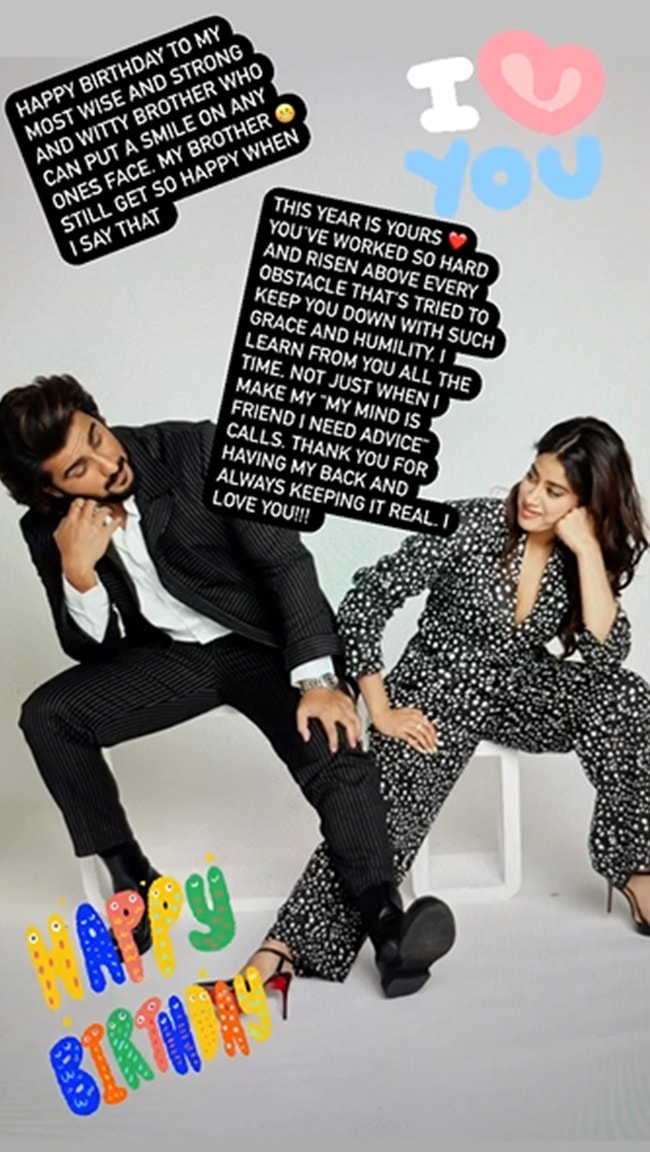 Arjun Kapoor and Janhvi Kapoor’s sister Khushi Kapoor said, “Happy birthday, Arjun Kapoor. Love and miss you loads. Thank your for being you.” 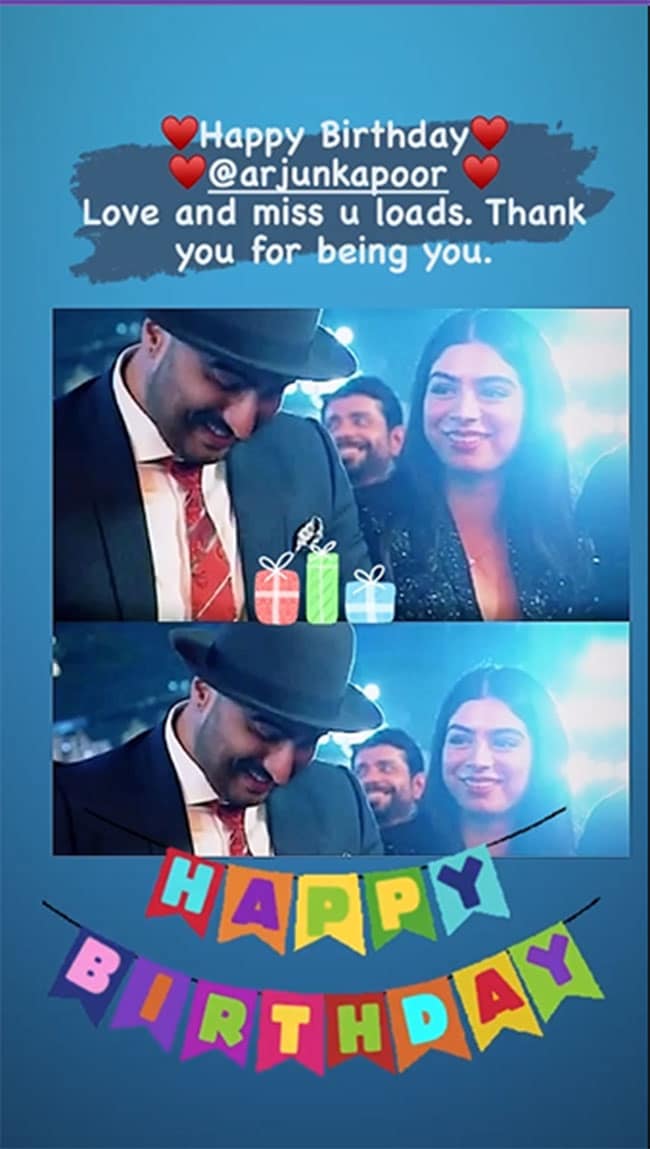 Arjun Kapoor’s uncle Anil Kapoor also wished the actor on his birthday with an image of the two of them dancing. In a note he said, “Happy birthday chachu. To always dancing like no one is watching.” 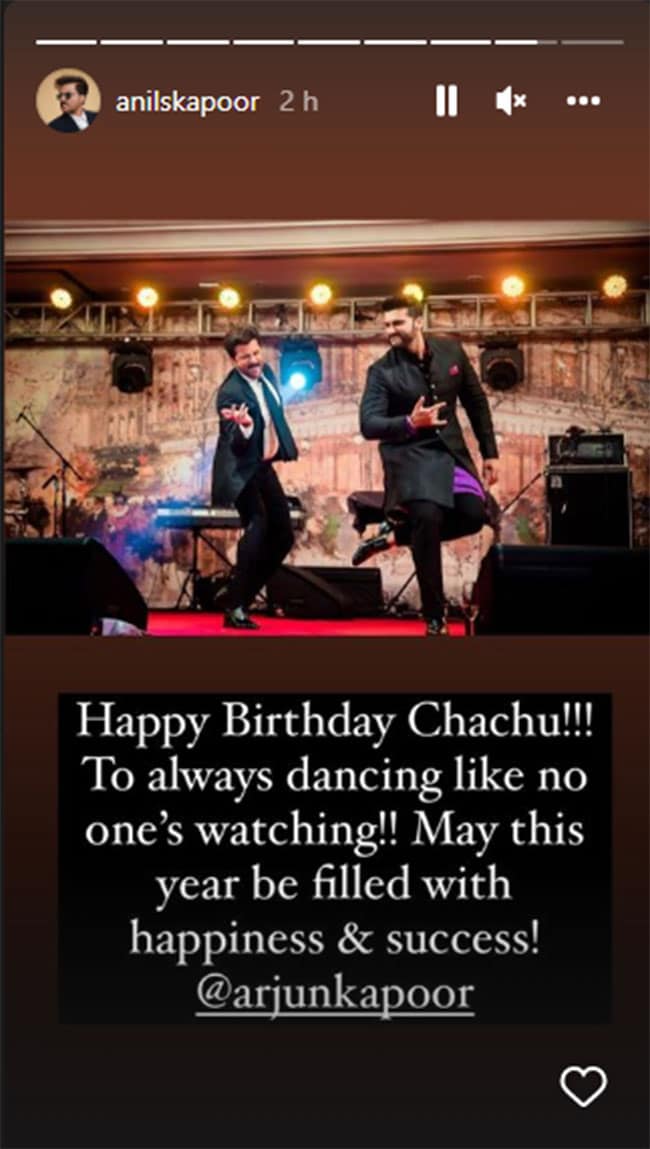 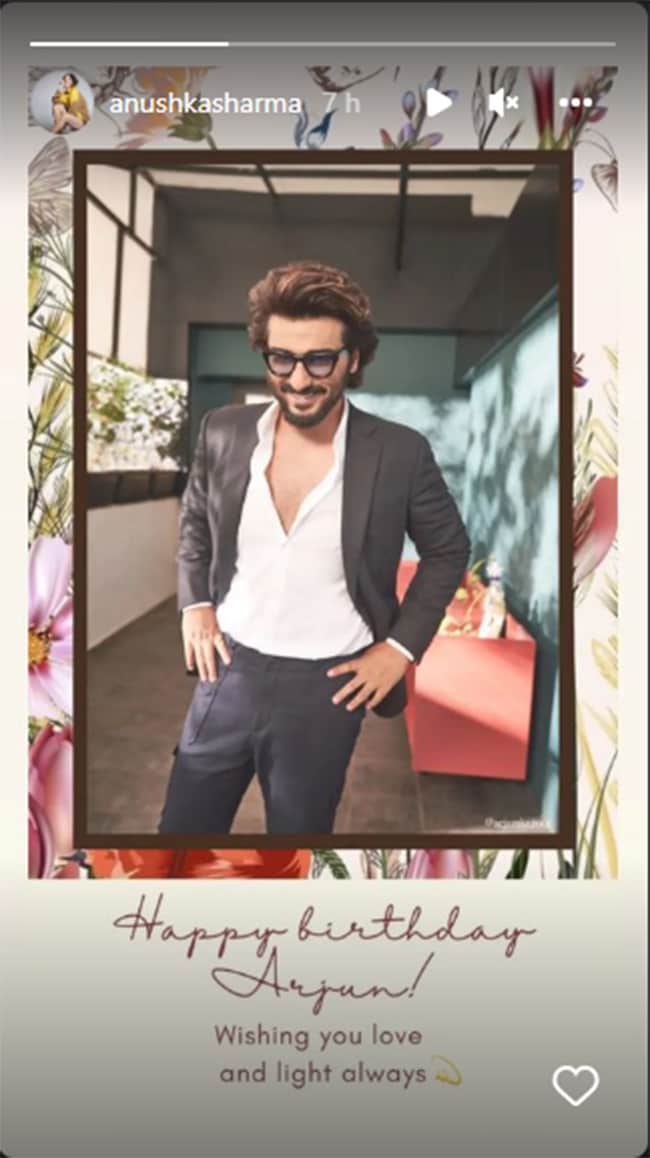 Actor Vicky Kaushal too shared an image of Arjun Kapoor and said, “Happy birthday brother. Wishing you the very best for everything in life.” 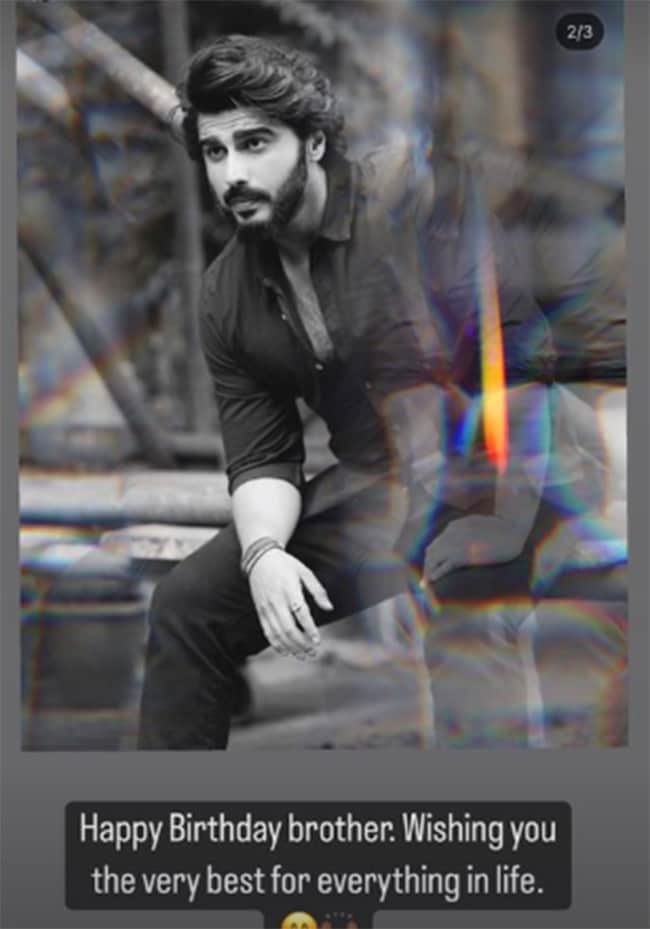 Meanwhile, Katrina Kaif, who is married to Vicky Kaushal said, “Happiest birthday Arjun Kapoor, keep soaring to new heights. All the love and happiness to you always.” 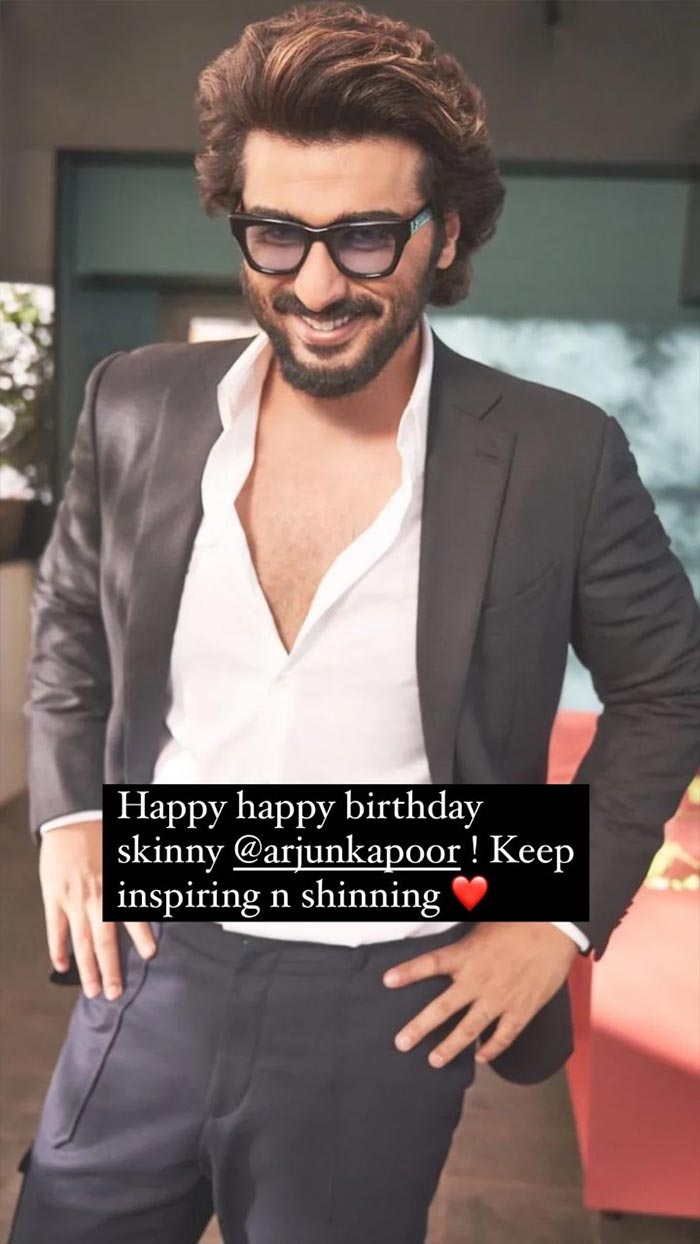 Shanaya Kapoor shared a bunch of throwback images wishing her cousin Arjun Kapoor and said, “Happy birthday. We love you.” 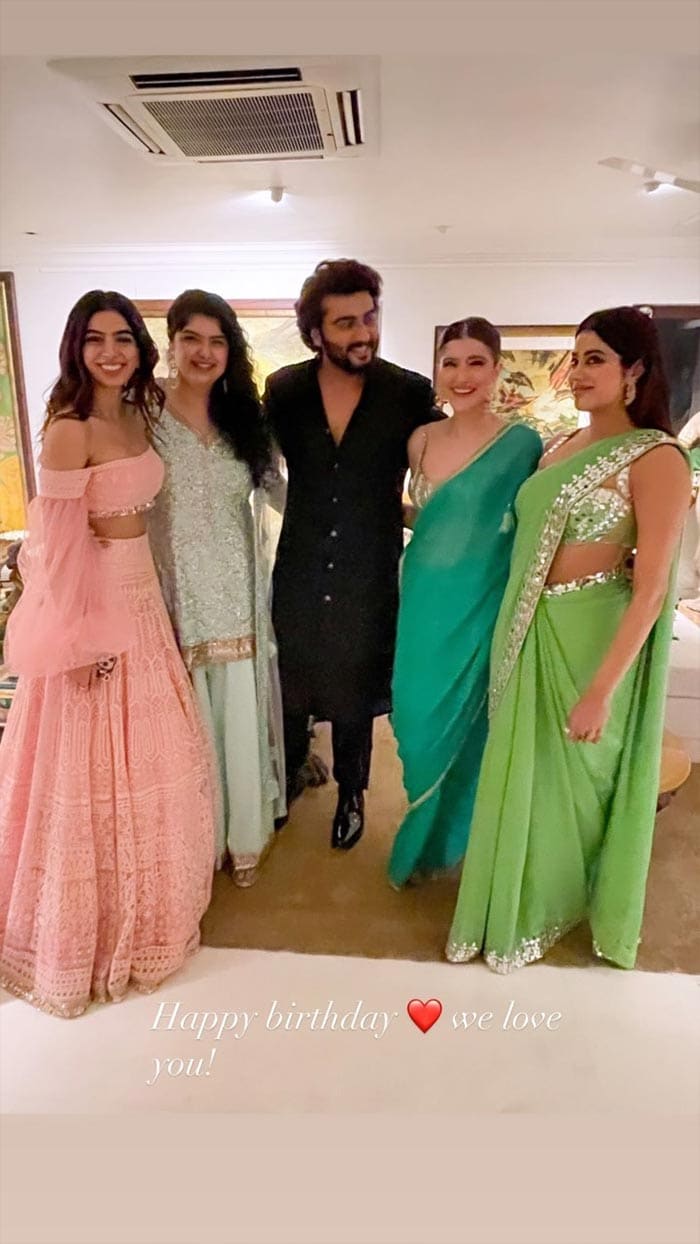 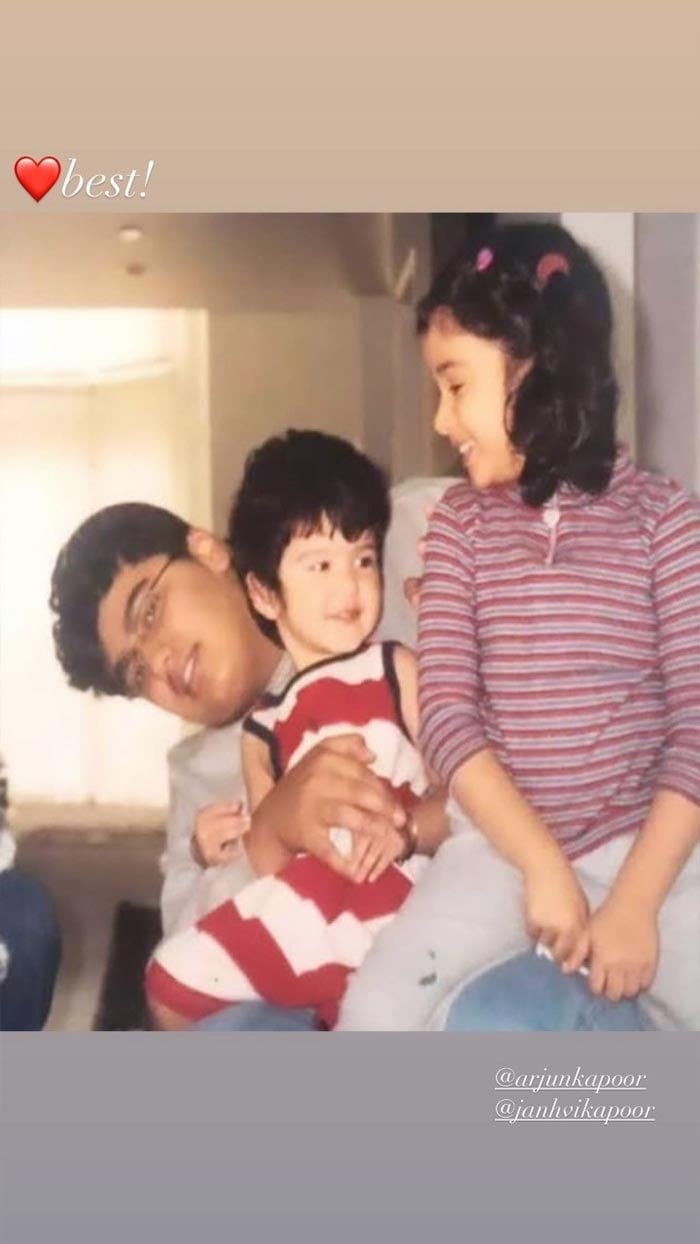 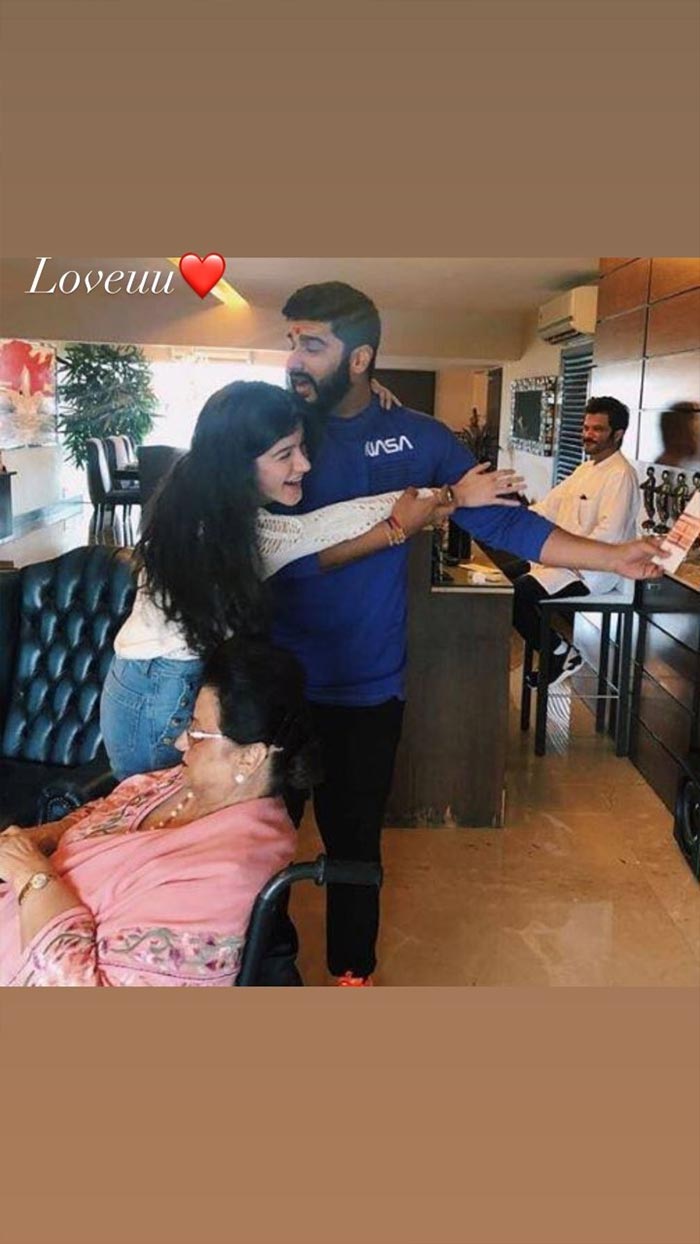 Arjun Kapoor’s Ek Villain Returns co-star Tara Sutaria wished the actor with a fun video. In it, the actress is seen seated on a chair with her hair open with Arjun Kapoor standing behind her. In the clip, Arjun is seen combing Tara’s hair while she is completely unaware. On being asked who her new hair stylist is, Tara turns and sees Arjun combing her hair.

Wishing her co-star in the caption, Tara Sutaria said, “Happy Birthday to my partner in crime and hair stylist extraordinaire. But most importantly, my biggest fan… Thank you for being just the best Arjulu.”

On the work front, Arjun Kapoor will be seen in a bunch of films including Ek Villain Returns, The Lady Killer and Kuttey.