Jenna Ortega Literally Manifested Becoming ‘Wednesday’ Years Ago Before The Show & This Video Is The Ultimate Proof! – Watch


Jenna Ortega who debuted in the series Jane The Virgin as the little Jane and got the recognition she deserved. Then, she featured in the show Stuck in the Middle, and now a video from the same show is doing rounds as that little diva had predicted her future quite well! Hehe! Scroll below to watch that viral video and see how she literally manifested her future!

Jenna is currently receiving all the appreciation in the world for her performance in the supernatural web series Wednesday directed by Tim Burton, based on the comic character Wednesday Addams from the Addams Family.

Jenna Ortega brought back the comic character Wednesday Addams alive once again in the series, and we can’t stop admiring her performance. The show is trending all over the world, breaking all the records it has been creating a buzz. Now, in this throwback video from the show Stuck in the Middle, Jenna can be heard saying, “This is what happens when there are 7 kids and you’re stuck in the middle. If my family was a week, I would be Wednesday”.

Well, years later, she became Wednesday in the series ‘Wednesday’, and this proved that she totally manifested it! Did the video make you think of Tom Holland? He also manifested when he was asked which superhero he wanted to play and he said Spider-Man, which celebrity he wanna date, he said Zendaya and which gaming movie does he wanna play next and he revealed Uncharted. Well, I guess these actors know how to manifest something!

As soon as the video was shared by a fanpage ‘xily.jenna’ on Instagram, netizens started commenting on the same, praising the actress. One of them wrote, “coincidence? I do not believe”, another one penned, “She manifested it😩.” A few of them even compared her with Tom Holland. One comment can be read as, “Tom Holland taught her well😂😂”, while another one wrote, “It’s giving Tom Holland”. 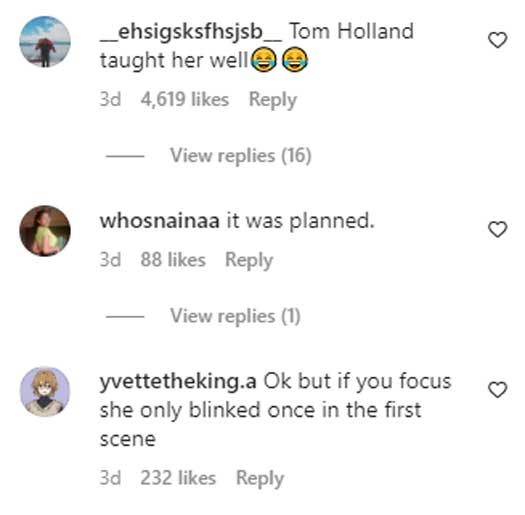 What do you think? Let us know in the comments!

Mandala: The UFO Incident: Ajay Sarpeshkar’s Sci-Fi Thriller Is All Set To Release Next Month- Deets Inside

‘RHOM’ Recap: Alexia Confronts Nicole After Her ‘Rude’ Behavior At The Lawyer Lunch

Just Janhvi Kapoor Making Us Look Bad With Her...

Dubai Bling: Suhana Khan And Disha Patani In A...