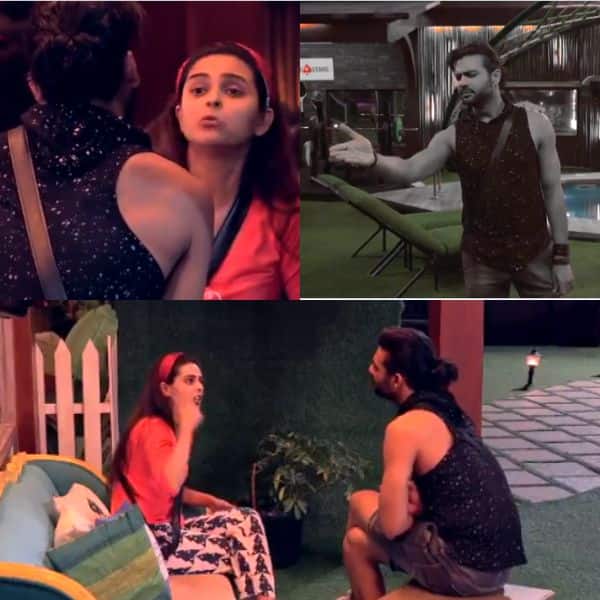 Bigg Boss 13 has been in the news even before it began. The show was the most awaited one this year and the new concept of the show grabbed a lot of eyeballs. It has been full of fights, controversies and lots of drama. The fights in the house have become a regular part of the show. All these have made this season the most successful season out of all the seasons of the reality show so far. So much that it also got extended for five weeks and the finale will now happen on February 15, 2020. This season also had the most number of wildcard entries. Nach Baliye 9 contestants Vishal Aditya Singh and Madhurima Tuli entered the house as the wild card contestants. Their equation has been the talk of the house since they have entered the house.

We have seen them expressing love, fighting and again coming back together. Just like fans are confused, even the housemates are confused whether Vishal and Madhurima’s relationship is genuine or fake. In today’s episode too we will see them fighting again. In the latest promo released by the makers, we see Arti telling Shehnaaz that Vishal is unnecessarily poking Madhurima and Shehnaaz advises Madhurima not to react to such things. Vishal then says ‘Mujhe muh hi nahi lagna inke’. Madhurima calls him ‘Munna’ and says that everyone can see what is happening. She thens says ‘Talk to my foot’. Later they try to talk and sort out when Vishal reminds Madhurima that Salman Khan had said once that they should talk with respect and he did not like the way Madhurima spoke to him just now in the bedroom. Madhurima says that it was Vishal who started but Vishal says it was Madhurima. Their fight increases and Vishal gets irritated by Madhurima and says, ‘Meri sabse badi galti hai ki maine tumhe date kia’. Check out the promo here:

Salman Khan shares a picture of closed Qabrastan of Mumbai, captions, ‘Thank u for listening n understanding the gravity of this situation the country’ – Times of India

Madhuri Dixit and Jacqueline Fernandez are reading their favourite books during the Coronavirus lockdown! – Times of India

Deepika Padukone explains the meaning of ‘Hypersomnia’ to Ranveer Singh with an Instagram post; captions, ‘#Me’ – Times of India