Home / Entertainment / Demi Moore OPENS up on posing nude while being 7 months pregnant in 1991; says, ‘I understand the impact it had’ | Bollywood Life 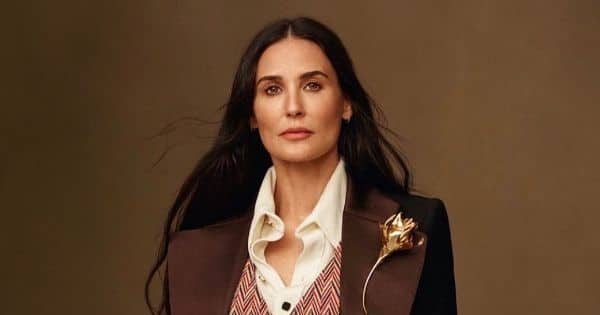 Demi Moore OPENS up on posing nude while being 7 months pregnant in 1991; says, ‘I understand the impact it had’ | Bollywood Life

While maternity photoshoots are an ‘in’ thing nowadays, Demi Moore became a trailblazer when she posed nude on the cover of Vanity Fair in 1991. It is considered as an iconic photoshoot till date. The lady who is now 58 was part of the Fendi fashion show in Paris. The actress was one of the top female personalities to grace the ramp along with Naomi Campbell, Cara Delevinge, Kate Moss and Bella Hadid. It was like a dream come true for the lady. It seems many could not recognize Demi Moore as she wore a lot of makeup on the runway. Later, she told Naomi Campbell in an interview, “Truly, it didn’t hit me until afterwards. It really was a teenage fantasy fulfilled. i took a moment where I thought….oh my God. I literally just walked a runway with some of the biggest models ever. I literally felt like a little kid.” Also Read – 14 Years of Dhoom 2: Did you know Hrithik Roshan was inspired by 3 iconic actors for his role of Aryan?

The actress also spoke about her iconic cover for Vanity Fair in 1991. She had posed nude while she was seven months pregnant. She told the supermodel, “I understand the impact it had on the world, and on women — our permission to embrace ourselves in a pregnant state,” Demi explained. “It was a moment that I was taking, really, in myself and expressing myself and not trying to be anything other than me. Even though I understood it, I don’t think I’ve been able to always fully live it. That was a moment of recognition that I do think helped move me down the path of being able to step into owning who I am.” Also Read – Anil Kapoor announces the Hindi remake of Bruce Willis and Morgan Freeman’s RED with this intriguing teaser poster!

Demi Moore was pregnant with her second child, Scout Willis when she did that shoot. The actress has two other children, Rumer and Talluah from ex Bruce Willis. The couple are friendly till date. Also Read – Akshay Kumar is as good as Bruce Willis, says Die Hard action director Cyril Raffaelli